The Mayor of Buenos Aires and the Mayor of Bogotá presented a joint initiative within the framework of C40 -the network of global cities committed to the fight against climate change- to involve Latin American cities in the development of climate policies.

The initiative arises within the framework of C40, a city network grouping the most important cities at a global level committed to the fight against climate change. Both mayors are members of its Steering Committee in representation of the Latin American region, and serve as vice presidents of the network.

The crisis that the pandemic generated makes the fight against climate change ever more urgent. For this reason, in Buenos Aires and Bogotá we are committing to actively involve the cities of the region so that we can work together in a more resilient, sustainable and inclusive reconstruction, said Rodríguez Larreta.

For her part, López Hernández noted: "The leadership of Buenos Aires and Bogotá, within the framework of their vice-presidency of the C40 steering committee, will result in committing more and more Latin American cities to effective climate action, and to jointly advance towards a new, more environmentally responsible normal.

The initiative intends to help the development of the Climate Action Plans of the cities of the region that are already members of C40 and committed to presenting theirs this year, and to bring on board cities that are not part of the network and create opportunities for cooperation and sharing of best practices in climate action, as provided by C40. 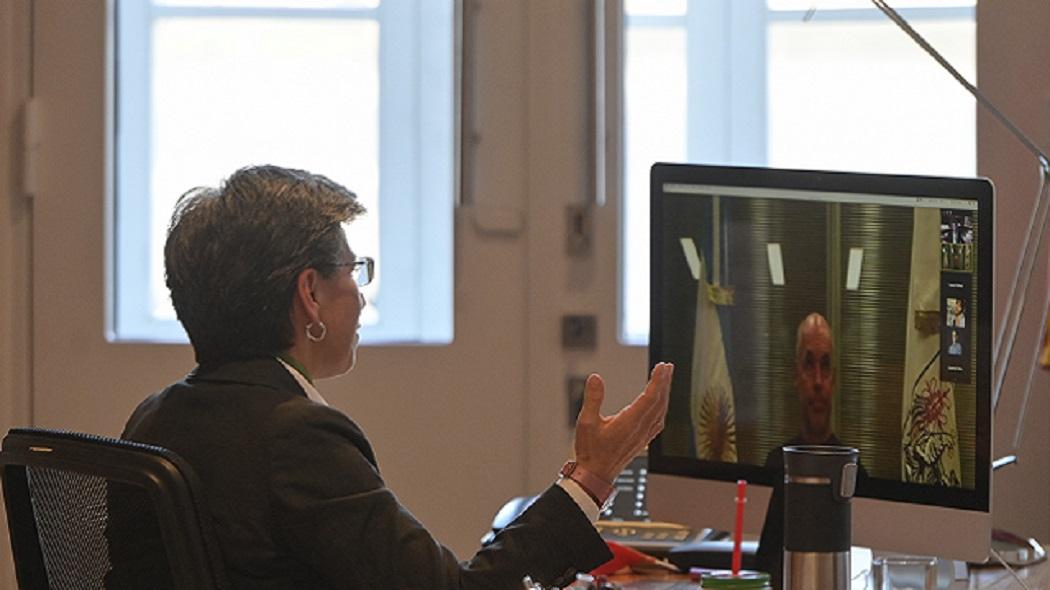 In the future, both cities will organize activities and coordinate the work of the Climate Action Plans in Latin America, as it is essential that cities are able to comply with international climate change commitments while deploying collective urban action that encourages all cities towards a green recovery.

The pandemic reinforces the role that cities have as key actors in solving global problems. We have an opportunity to generate common urban goals around climate change and a green recovery for the region, said Fernando Straface, Secretary General and Secretary for International Relations.

Additionally, the mayors took advantage of the meeting to exchange strategies in the framework of the fight against Covid-19. Rodríguez Larreta explained the current measures that Buenos Aires is taking to strengthen the health system, identify, test and isolate cases, and assist vulnerable and at-risk populations. For her part, López Hernández highlighted the interest in isolation measures in hotels taken by Buenos Aires in cases of mildly symptomatic patients.