Buenos Aires obtained the highest recognition in the category Urban Health Planning, nominated together with Philadelphia, Adelaide and Cape Town. The forum brought together leaders from 150 cities.

The city of Buenos Aires received today the prestigious Wellbeing Cities award for its sustainable mobility policy and its free public bicycle service, EcoBici. The award was presented during an international event -held online-, which brought together 150 cities from around the world.

"This international recognition of our sustainable mobility strategy and commitment to the environment makes us proud and drives us to keep transforming our city", said the Mayor of Buenos Aires, Horacio Rodríguez Larreta.

Also participating were the Mayor of Montreal, Valerie Plante; Greg Russ, President of the New York City Housing Authority; Jimmy Cruz, Mayor of Curridabat; Pierre Hurmic, Mayor of Bordeaux, and Rafael Greca, Mayor of Curitiba, among other international leaders and experts, with whom Rodríguez Larreta was able to exchange experiences.

Buenos Aires has consolidated itself internationally as a city on a human scale, committed to the well-being and quality of life of its people. The pandemic has demonstrated the importance of planning and executing sustainable mobility policies in our cities, said Fernando Straface, Secretary General and Secretary for International Relations of the City Government of Buenos Aires during the meetings opening session. 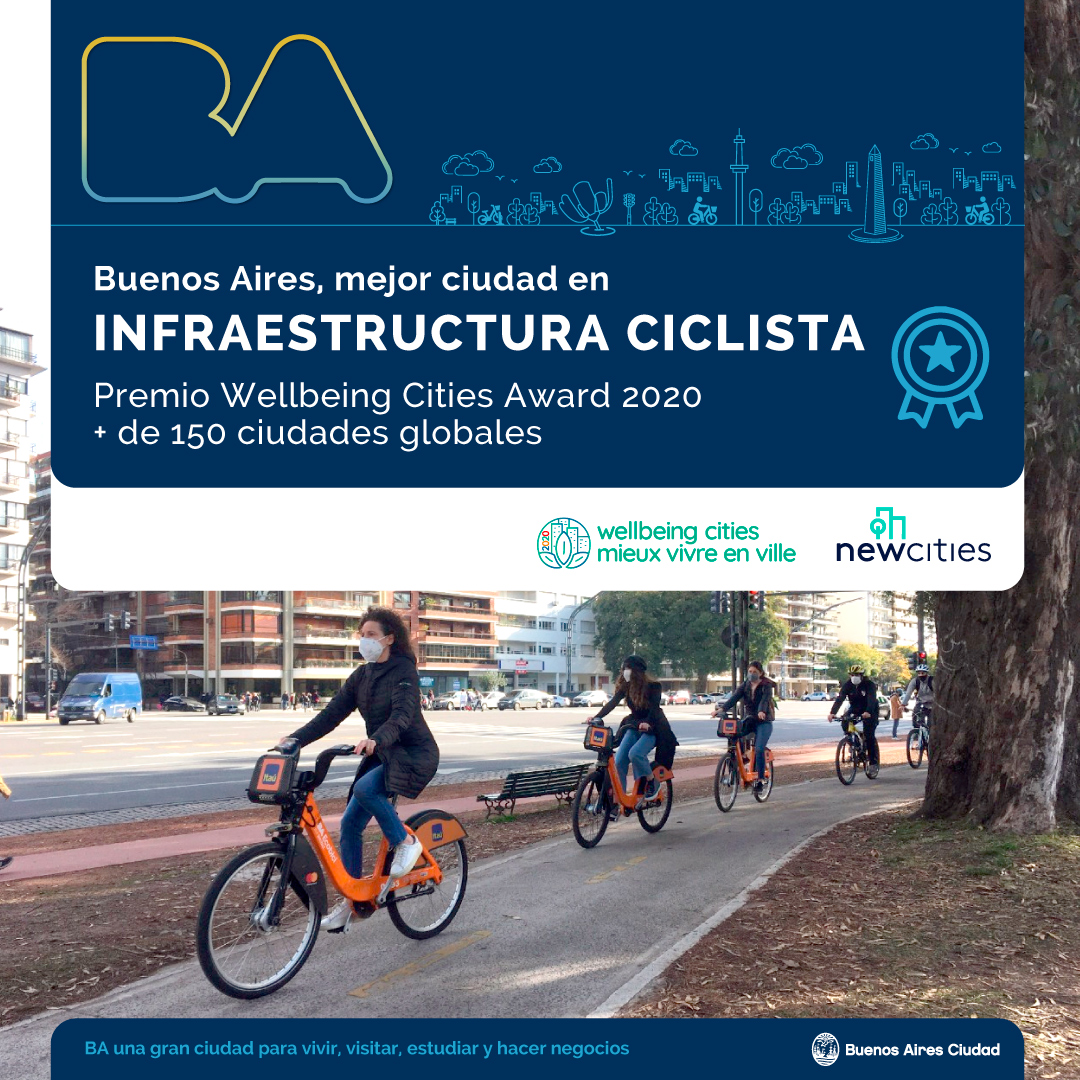 The Wellbeing Cities Award recognizes the efforts of cities that are transforming urban life by way of investing in public health, stronger communities, a prosperous and sustainable environment, and the local economy as part of a policy-making approach that prioritizes well-being.

Buenos Aires won in the category "Urban Health Planning" for its sustainable mobility policy and the Ecobici system, which today during the pandemic still operates with 200 stations, and with more than 250 kilometers of bike lanes. Philadelphia, Adelaide and Cape Town had also been nominated in the same category.